At around 8.00 am you will be picked from your hotel to stat your Mombasa tour.

Mombasa is an island and the second largest city in Kenya after Nairobi. It has a bridge to the north side (North coast), the ferry to the south (south coast) which ferries people to and from Mombasa city and to the west Causeway. Mombasa also has the largest and the most busy sea port in east and central Africa.

Thereafter, you will see the elephant tusks which are found along Moi Avenue, built in 1952 in the memory of King George of England during the British colonial period. During this time Queen Elizabeth was in Kenya where she became the Queen of England after the death of King George.

See the Fort Jesus, which was built by the Portuguese in 1593 by architecture from Goa, for protection and to control the harbor of Mombasa. You will also explore the old town where you will walk along the narrow streets and visit the old harbor where you will see the old Arabic boats and one of the oldest mahindry mosque found near the old harbor. Proceed to the market where you will learn about the food spices, foods and vegetables.

After lunch, visit the Haller park where you see giraffes, crocodiles and hippos feeding. It is a private sanctuary owned and managed by Dr. Haller. Walking along the trail is the ideal way to look at the various animals such as buffaloes, eland antelopes, giraffes, water bucks, oryx, snakes, crocodiles, hippos, tortoise and different types of birds. Drive back to the Hotel at around 5.00 pm. 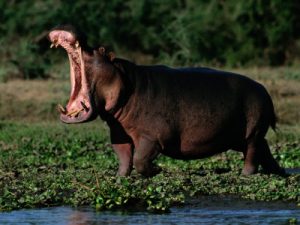 7 DAYS BEST OF KENYA – OUR BESTSELLER